Lawyers to help you if you've been charged with family violence

Get a free & confidential consultation

Domestic violence reports are unfortunately commonplace in Houston – but with the recent coronavirus outbreak and many families forced to stay home, they have spiked considerably in the past month.

If you have been charged or falsely accused of domestic violence in Harris County, please contact our Houston domestic violence lawyers today at the law offices of David A. Breston immediately to discuss your case.

Our Houston domestic violence lawyers understand that you have legal rights during this tough situation, and we want to help you receive reliable, trustworthy representation as soon as possible.

Our Houston domestic violence attorneys have the experience necessary to navigate your case out of this situation and get your charges dismissed or dropped. Contact us today and see how we can help.

Why Choose Our Law Firm for Your Domestic Violence Case?

At the law offices of David A. Breston, we are committed to representing all of those who have been wrongfully accused of domestic violence in Houston.

• All of our attorneys and associates have decades of experience successfully defending clients who have been wrongfully accused of domestic violence and other criminal charges in the state of Texas.

•Our Houston domestic violence lawyers understand that you have rights too, even if you have been charged with a criminal offense. Therefore, we treat all of our clients with the respect, attention, and care they deserve.

• Our Houston defense lawyers pride ourselves on offering the personalized attention and transparent communication of a boutique firm, with all of the reputation and resources of a large, major law firm. This allows us to give your case the full attention and help you deserve to get your charges dismissed and dropped.

• We have a reputation for excellence in the industry, successfully defending over 4,000 clients since the firm’s inception in 1997.
We are dedicated to getting any criminal charges levied against you dropped or otherwise dismissed through aggressive, compassionate litigation.

What is Domestic Violence, As Defined by Texas State Law?

According to Texas State Law, there are three primary types of domestic violence:

Domestic assault is also known as assault with family violence. This entails an assault against a family member, household member, or any person with whom you have a current or previous relationship. According to Texas law, assault is defined under Texas Penal Code § 22.01 as:

Domestic assault is considered a Class A misdemeanor for first-time offenders. However, if you are a repeat offender, this charge is upgrade to a third-degree felony.

Aggravated domestic assault is typically considered a second-degree felony, but when a deadly weapon is involved, it is bumped up to a first-degree felony.

Continuous Violence Against the Family

It is important to note that domestic violence does not just occur between spouse and romantic partners – domestic assault can involve:

Here are the types of family members and the type of domestic violence most commonly involved in these cases:

What Are the Penalties for Domestic Violence in Texas?

The penalties for domestic violence charges in the state of Texas can vary based on numerous circumstances, but generally, the following applies:

Additionally, in some domestic violence matters, you may be ordered to pay restitution: additional money to cover costs of the victim’s medical bills, counseling services, and costs to repair damaged property.

Domestic Violence Reports Have Risen Due to COVID-19

The novel coronavirus outbreak has impacted the lives of billions across the world. Shelter in place orders have forced families to stay at home in order to prevent further spread of the illness – but it has unfortunately led to a significant increase in reports of domestic violence:

Why Is There an Increase in Domestic Violence Reports During Quarantine?

The sudden rise in domestic violence reports may be attributed to multiple factors. With many families mandated to shelter in place together, this has unfortunately forced abusers and victims to stay together – a disastrous formula for preventing domestic violence.

However, other factors during quarantine can contribute to the rise in tensions among families who have otherwise gotten along fairly well. This can include:

With tensions high and seemingly no end in sight, the potential for family members to snap and take it out on their loved ones is unfortunately all too common. This is an unprecedented event in our lifetime, and many are having a difficult time coping with the ramifications – along with the actual looming threat of debilitating sickness at hand.

However, it is important to note that not all domestic violence reports during this time may be legitimate. Accusations of domestic violence can occur during such difficult times in order to make life easier for certain victims. Many family members may no longer get along, and the only way to physically remove a volatile family member from a current situation may be to report domestic violence or otherwise file a protective order.

All Accusations of Domestic Violence Are Taken Seriously in Texas

It is important to note that all reports of alleged domestic violence are taken seriously. When law enforcement shows up on a domestic violence call, they show up with the mindset of detaining someone for their wrongful actions – and thus may not do a thorough job of fully investigating the incident at hand.

Can Domestic Violence Charges Be Dropped?

Additionally, it is crucial to note that, contrary to popular belief, charges or accusations of domestic violence cannot simply be “dropped” by the accuser in the state of Texas. All charges associated with domestic violence and family violence are criminal charges, and those are brought by authorities – not by the victims.

Many alleged victims call the authorities to claim a report of domestic violence in order to teach their partner or family member a lesson, thinking they can just drop the charges once they learn their lesson. However, in the state of Texas, only a district attorney or similar authority has the power to charge, drop, and dismiss all charges.

As a result, it is not uncommon to see false accusations of domestic violence turn into a very real criminal case that requires diligent legal representation.

What Are Some Possible Defenses to Domestic Violence?

Generally, a Houston criminal defense attorney can help you defend against domestic violence charges with the following defenses:

What Do I Do If I Have Been Falsely Accused of Domestic Violence in Houston?

If you have been falsely accused of domestic violence or family violence, it is highly recommended to take the following steps:

How Can a Houston Domestic Violence Lawyer Help Defend My Case?

Ultimately, a Houston domestic violence attorney ensures that you receive the representation necessary to make a legally sound argument against your alleged charges.

Additional Resources For Those Charged With Domestic Violence in Texas

A domestic assault or family violence charge can have a significant impact on your life. Felonies can prevent you from pursuing the career you desire, and any protective orders may prevent you from seeing your children.

If you have been wrongfully charged with domestic violence, please contact us immediately and schedule a free, confidential consultation. We want to help defend those facing domestic violence charges to ensure they receive the representation they deserve.

Call us today and see how we can help. 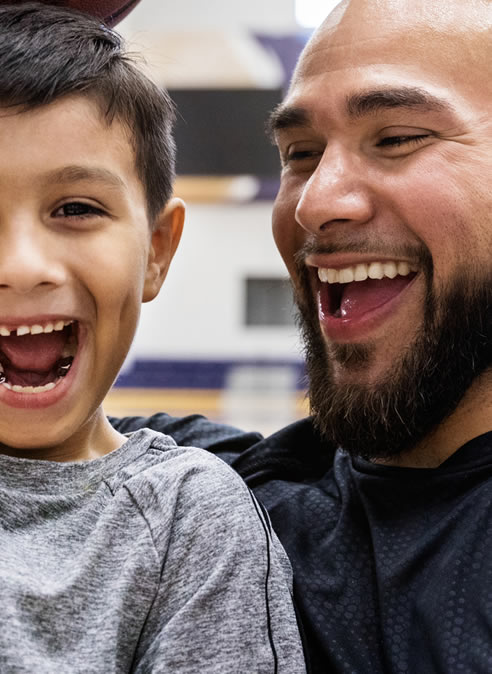 David has handled three cases for me and my family over the years with all results in my favor in witch two cases were dropped without ever going to court. I always felt he genuinely cared and is a credit to his profession. I have and will continue to recommend him to anyone who needs a great attorney.

Fast action resolving my son's case!! He kept me updated and called me on a weekend. David gave me peace of mind working with me over the phone long distance! Reasonably priced!!! Thank you Mr. Breston for all your hard work!

This law office was very kind to me during a very difficult time of my life. They helped me negotiate a great resolution to my case.