Lawyers to help you if you've been charged with family violence

Information for those charged Domestic Violence in Texas

Family violence often involves married people and exes. When it comes to this group in Texas, husbands are the ones most commonly charged with domestic violence, and wives are the most common victims. This makes up 33.4% of all family violence incidents in Texas.

Out of married people and those with a parent/child relationship, here are the others who are most commonly the targets of domestic violence: 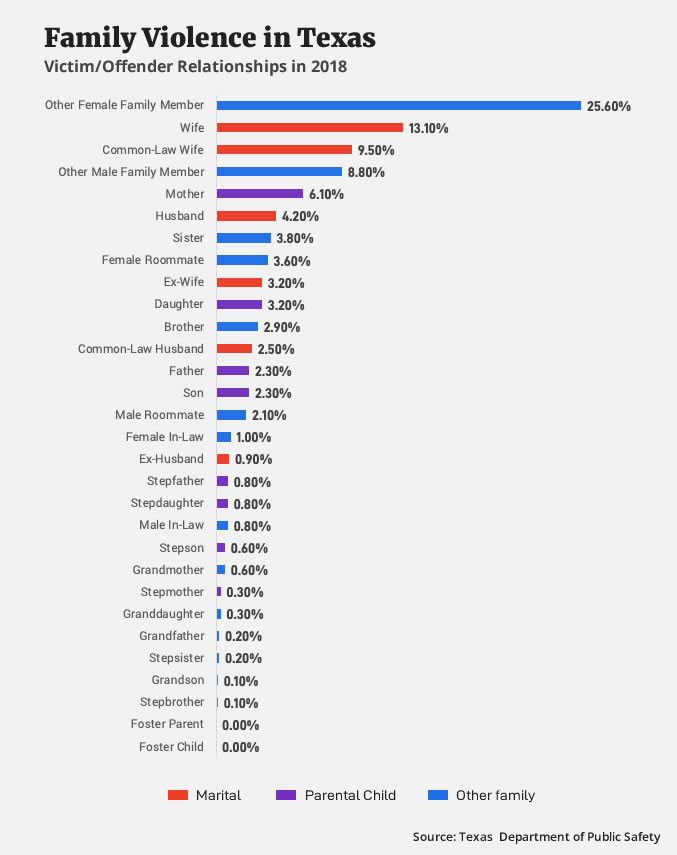 Hundreds of thousands of men and women are charged with domestic violence every year in Texas. Harris County has the most incidents of family violence every year in Texas. Not everyone who commits an act of domestic violence is a bad person. And certainly, not everyone who is charged is guilty of such a crime. False allegations are not uncommon especially when it comes to divorce proceedings, and especially when kids are involved.

If you have questions, contact us today and let us know how we can help.

Do you have any questions?